Be a Grown Up 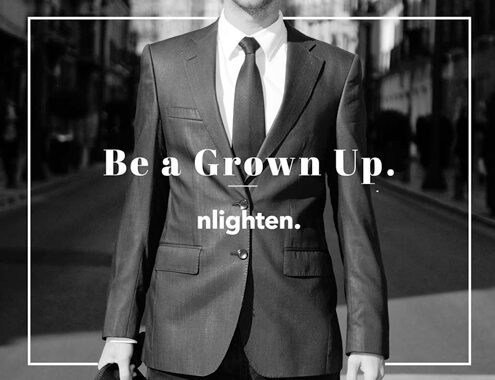 Be a Grown Up. The Psychological Anxiety Behind Feedback Rejection.

As human beings, we are programmed to perceive failure as being, literally, unacceptable. As children, we all struggled with the recognition of being wrong. It is a natural instinct for us to become defensive and to take negative feedback personally.

One has to be extremely conscious and in tune with their emotions in order to be able to take accountability and sincerely ask themselves: “What can I do to be better?”

According to Social Psychologist Elliot Aronson, our brains work really hard to make us believe that we are right.

Being wrong brings upon a sense of panic and stress and we find it difficult to identify the failure, accept it and change something in order to prevent future failure. It’s a very “grown up” thing to be able to do.

Take a smoker, for example, specifically a smoker who has quit and then started again. He/she will justify this by explaining that the habit is relaxing and helps he/she cope in high-stress situations and it’s just as harmful as obesity, which smoking is preventing.

The human brain will always try and make rational sense of our actions, both in normal society as well as with business decisions. We are a complex species that doesn’t quite work in the same way as other animals when it comes to the simple concept of “reward and punishment”. A dog will eventually know that it is wrong to pee in the house, due to punishment, and will not try to make sense of it. A child will throw a tantrum and receive a candy. He will now understand that to get a candy he must throw a tantrum. People are able to transcend the effects of reward and punishment and manipulate the situation to suit them, no matter how contradictory.

Negative feedback can sting the ego no matter how thick a skin you may have. Being told that you are wrong or that you should improve or change something can often imitate the feeling of humiliation. This horrendous emotion can deter us from change and place us in a state of denial and rejection. OR, we can feel the humiliation and move passed it in a constructive manner. If people go through humiliation, embarrassment and effort in order to get a specific result, they are likely to be much happier with that result than if it were to come to them easily. This type of reward is something to strive for, as it is gratifying, validating and a positive contrast to the humiliating emotions. If we go through the “embarrassment” of accepting the negative feedback, we can experience the triumph of overcoming that change, and therefore, reap the reward of successfully applying the criticism and ultimately improving! So, when a company leader accepts, internalizes and rectifies the problem pointed out by feedback, the next time they receive positive feedback relating to the matter, it will mean so much more as they will know that what they’ve changed has worked.

Due to this emotional war, feedback from employees is probably the most difficult to extract because of the embedded fear in losing their jobs. This is often why employees tend to procrastinate and avoid change, because this will ultimately avoid failure. The resistance to change needs to be turned into adapting to change. Constant change. This does not mean that we implement change and then fall back into just another different mundane system. Adapting to change mans that we must constantly be in the process of evolving and consistently exist within a transitional state.

Its simple: listen, rectify and improve to succeed, or deny, justify and fail.

The lesson to be learnt here is that whether you are the CEO, Manager or employee: be tactful, be kind, be humble, be reasonable, be open, be practical and be honest.

Be a grown up.
www.nlightencx.com