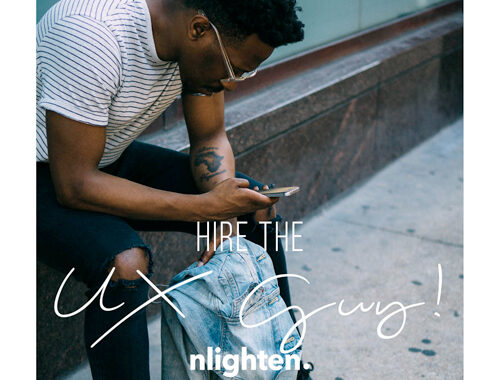 We are all familiar with the buzzwords “Big Data” and “AI” (Artificial Intelligence), but have you heard of “Anomaly Detection” (AD)?

Anomaly Detection refers to the new age, cognitive method of tracking patterns in order to predict consumer behaviour. People believe that AI is going to take over the world, including marketing jobs, but some argue that people still do need human interactions in order to make the decisions based on the data extracted through AI.

We have debated Chatbots and their place in society quite a bit in the past, but the future seems to hold a generation of bots that are intuitive and predictive! With Anomaly Detection, targeting will be based on prediction rather than purely historical data (cookies).

Even banks are beginning to transform their typical banking environments into digital experiences to further convenience and satisfy customers. ABSA bank is currently working on several AI developments; customers will soon be able to order their cheque cards to their doorstep without having to step foot in a branch, which is probably everyone’s worst nightmare!

Companies are realising that they need to hire the UX guy. Yes, the guy with the tattoos, colourful socks and the man-bun! The longer the company has been around for, the more challenging the digital adaptation is. Start-ups are thriving as they have the whole AI/UX/AD mind-set to begin with, setting them up for success and getting to the Billion-dollar mark quickly, unlike older companies that have to reinvent themselves in this way.

Entire industries will soon be replaced with AI technologies according to several studies. Moore’s Law is often referred to in this regard, with to technologies doubling in capability every single year, making it even harder for old companies to keep up. To clarify, Moore’s Law refers to an observation made by Intel co-founder, Gordon Moore, who noticed that the number of transistors per square inch on integrated circuits doubled every year since their invention. Moore’s Law predicts the continuation of this trend in the future of Tech.

This Cognitive Era is redefining customer engagement and is initiating the concept of talking TO people rather than AT people. Siri and Alexa are great examples of this robotic, conversational and demand-driven assistant.

We are in the midst of the 4th Industrial Revolution where brand loyalty comes with disruptive technologies. Don’t fall behind. HIRE THE UX GUY!

View the previous nlighten blog by Shani Sayag: Success is Simple! It’s in your DNA