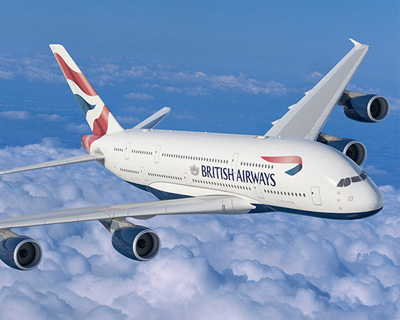 To fly. To serve. These apparently simple four words were at the heart of the British Airways recent re-launch. They’re not new. In fact, according to the ads used to promote the new, improved and supposedly customer service oriented airline, they have been in use in the organisation since the early nineteen hundreds. They’re even emblazoned onto tail wings and sewn into the insides of pilot blazers and cabin crew uniforms.

Now, BA has decided it’s time to dust off this ancient service statement and give it pride of place as their payoff line once more. It’s a bold step. But one that is also fraught with risk.

The thing is, a pay-off line is more than a few catchy words strung together by an overpaid advertising agency. It’s a promise. One made by a company to the consumers that it needs to keep it in business. So, whether that promise is an explicit one like BA’s new “To fly. To serve.”, or implied, as in its old pay-off line of “The world’s favourite airline” the bottom line is that it should never be a promise that is made lightly – because breaking it can be tantamount to organisational suicide.

So the big question is, can BA live up to its new brand promise? One would hope that it can – particularly the “To fly” part of it – otherwise it won’t have much of a business left to run. But that’s the easy part. Keep the planes in the air and you’re good. The “To serve” promise is a lot more difficult to accomplish. And if my recent experience on a BA flight is anything to go by, there are still some BA staff that need to be told about the role they have in delivering on it.

I realise that it’s just one experience, and probably not enough to imply that BA is breaking its service promise on all its flights, but if you make a promise like this, you really need to keep it at every service touchpoint in your operation. Unfortunately recently, this was the case. The staff I encountered were still unfriendly and acted as if they were doing me a favour by coming to work. As for “in flight service” – never has there been a more glaring contradiction in terms. Once you’re flying, there is no service – unless you beg for it from one of the bored-looking flight attendants who would clearly rather be sipping coffee at the back of the plane than giving passengers the type of experience that makes them actually want to fly BA again.

Of course, this requirement to match your service promise with service delivery is by no means limited to British Airways. It’s a vital need for any, and every, business. The problem, it seems, is that for many businesses there still seems to be no link between the lofty customer experience aspirations contained in their business strategies and the actions of the staff who ultimately make that strategy a reality for their customers.

It’s one thing to talk about being committed “to serve”, but customers don’t want talk, they want action. So if your customer experience approach doesn’t start with educating your staff on how and why they need to deliver on your brand promise, there is really no point throwing big money at developing that promise in the first place.